As one of the most attractive study abroad destinations in the world, Canada attracts a large number of Vietnamese students every year. However, with different curricula, extending the learning time difference makes some friends delay in making visa applications. Therefore, the admission period in Canada is also an issue you need to consider when intending to study in this country.

The opening dates for Canadian high schools are in September and January each year. Students should prepare to apply for school 6 to 9 months before the start of the course. The duration of the application until the receipt of the offer of admission is 2-6 weeks. After receiving the offer of admission, you should pay attention to complete the visa application form to submit to the Consulate before the course starts about 3-4 months. 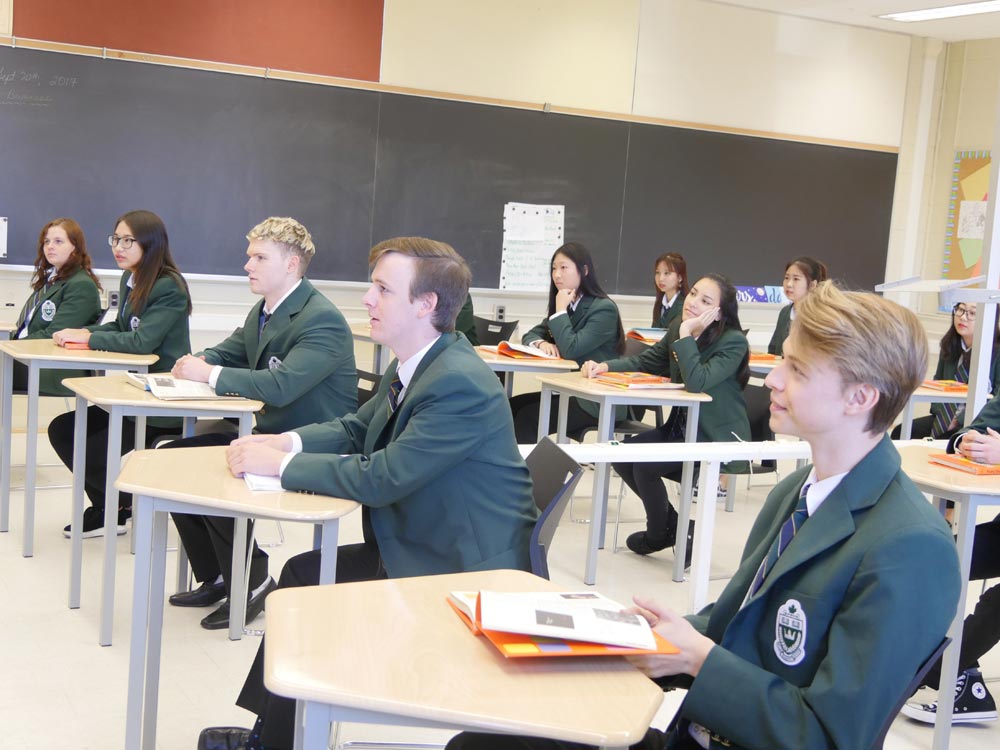 If unfortunately miss the September course, do not worry because the school still has enrollment period in January next year. All major courses at Canadian schools start in September. However, there are a number of specialized technical and business training programs … which are opened several times a year to help students be more proactive in arranging. time. Most of these courses start in January, May and September each year.

When studying in Canada after high school, if you do not have English proficiency, you can fully enroll at the school before starting the main course. English training programs are started monthly, throughout the year to help students have many options for their time to study abroad. 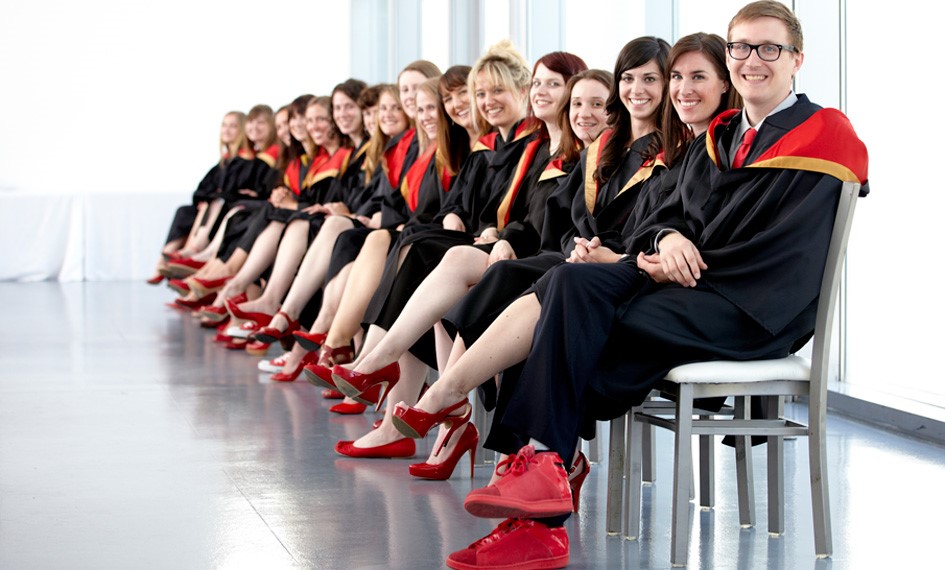 In addition to knowledge related to the field that you intend to study abroad, an important thing you need is a good foreign language ability. The English language ability will not only help you enter the school offer but also the visa accepted by the Consulate, but also help you absorb the lessons and integrate into the new environment.

Before coming to Canada, whether it is for short-term travel or a long-term study, or to settle here completely, a thorough study of Canada will prepare you to adapt and integrate quickly. In the context of this article, the basics to know before coming to Canada such as culture, insurance, work and study, will be mentioned clearly and concisely to help you stay informed.

Communication is an extremely important issue. So before you go abroad, you need to make efforts to improve your ability to communicate in a foreign language. In Canada, the two official languages ​​are English and French. Being proficient in a foreign language will help you easily get a job and quickly integrate into a new life. In addition, for international students, you need to have an IELTS or TOEFL certificate according to the conditions of your school of admission.

If you have a relative or friend in Canada, arrange in advance with them whether you can stay temporarily for the first 1 or 2 weeks while you search for a home. If not, you can book a room at a cheap motel near the center to stay temporarily until you find a home. But the best way for international students, you can arrange with the school to stay at the hostel or ask the school to find a homestay before coming to Canada.

Before being insured by the state, you should order private health insurance because it can cover emergencies in the first place when you wait for government health insurance. It can take more than 3 months to get insurance from the government, so having a private insurance to prevent risks is something to think about.

You should research tools and resources on the internet to gain a better understanding of your region, how to find a job, rights and basic laws in Canada. In addition to international students, it is advisable to consult the international student community to gain useful experiences from previous students. This will help you be more proactive before you actually arrive in Canada.

Canada is known all over the world because of a transparent Government in financial matters, economic freedom, high quality of life of people. Living and working in Canada is the desire of many people around the world. The following information about people and country of Canada will help you better understand this beautiful country.

Fall features red leaves with an average temperature of about 10 degrees C to 12 degrees C. It can be said that autumn gives Canada a gentle beauty that is nowhere to be found. The winters are relatively cold, the temperature is usually lower than 0 degrees Celsius, the snow usually falls from December to mid-March. This is also why Canada is also known as one of the ideal destinations for ski enthusiasts. 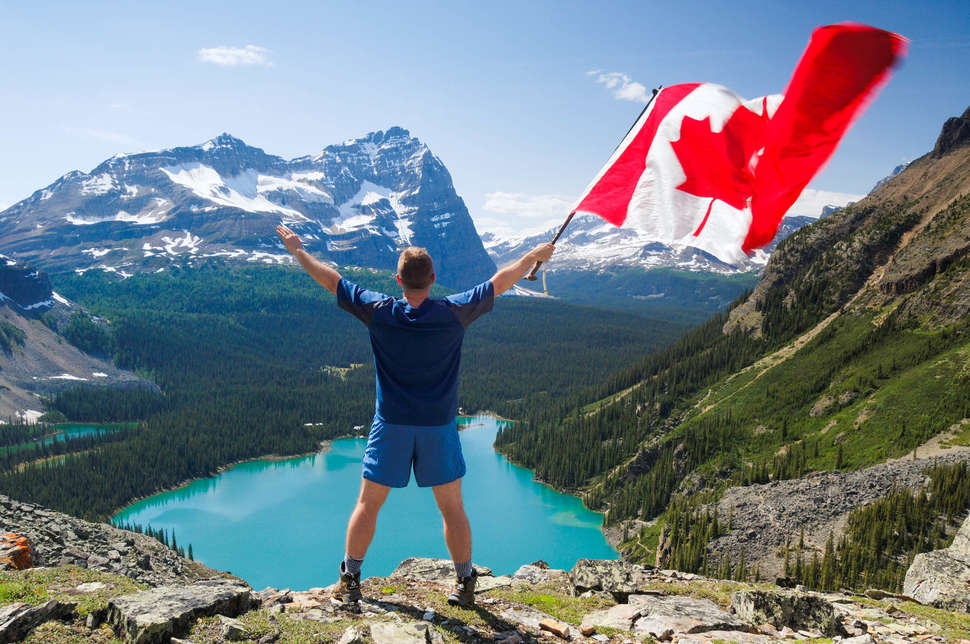 Canada has a developed economy and stable politics, one of the richest countries in the world with an annual CDP of more than 1,400 thousand US dollars. Having the 9th largest economy, Canada is an ideal destination for those who want to seek development opportunities and desire a stable and prosperous life. GDP per capita of more than 40,000 US dollars, Canadians are classified as people with high average income per capita.

Canada loves people with equal rights and peace, according to the annual survey of the United Nations assessing the quality of life in 174 countries, Canada is always in the top most worth living countries in the world. Canadians are free to vote and speak to the Government, they respect the law and respect each other’s privacy.

At the same time Canada is one of the 3 places with the best living conditions in the world. Many big cities here with dynamic environment, guaranteed security, fresh environment is a dream destination to live and work of the young generation today.

Canada has a diverse and rich traditional culture. The main languages ​​of Canada are English and French with 75 percent of the population on English-speaking provinces and territories. Canadians are deeply influenced by many countries around the world because most of them are immigrants.

For a long time, referring to Canada, people think of the image of red leaves. And that red maple leaf image has been chosen as a symbol for the country and its people. So why did Canada choose a maple leaf to represent their country? Let’s explore Asia in the article Maple Leaf, Canada and things you don’t know yet.

Referring to Canada, perhaps the first thing people think of is the image of the maple tree with yellow leaves, bright red. And it is not natural that maple leaves become Canada’s most well-known symbol. If you plan to travel to Canada in the near future, let’s learn about the power leaf that was printed on this flag before starting the Canadian tour! Maple trees are mainly native to Asia but some species are present in Europe, North Africa and North America. The main species are wood trees up to 10-40m high. The leaves in most species are in the form of veins and lobed-shaped lobes, with 3-9 tendons leading to each lobe, one of the lobes in the middle. Although the maple species is distributed in many parts of the world, it is unique in Canada. 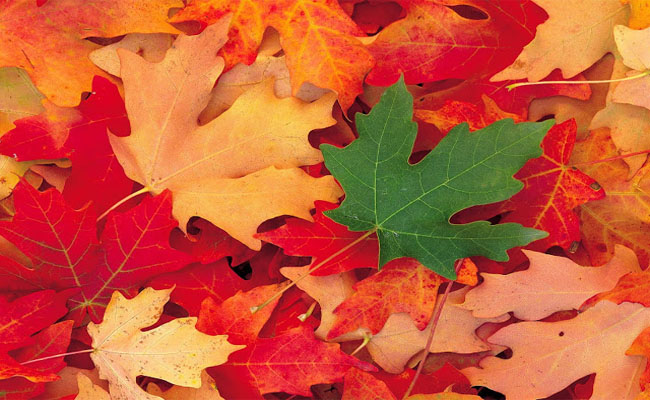 Canada has vast maple forests, especially in the Southeast, where maple trees are everywhere. It is thought that the maple leaves here change color better than others. And nowhere like this land can the maple species produce sweet sugar, from which people have prepared typical foods, not only popular in the country but also widely known. Put sugar to be shaved for plastic, then heat it to produce syrup, maple sugar or candy.

Maple flowers are green, yellow, orange or red, depending on the species. Although each individual flower is small, the overall effect of the plant when flowering is quite colorful in some species. In agriculture, because they are the main source of pollen in the early spring before many other plants flowering, it is considered important for the survival of many honey bees.

Just a few minutes after the election ended, the Immigration Canada website began to experience problems due to overload. The site works momentarily and then reports an error and immediately falls into an inaccessible state. In fact, the migration trend to Canada seems to have become a classic motif of the American people in previous elections.

The familiar phrase “If the X candidate wins, I will move to Canada” has caused immigration websites to be troubled every time the new president comes to power. But with 2016, everything is probably different. Trump was shocked when his statements were related to racism, gender, immigration resistance, and the complete contrast with the temperament and calmness of his predecessors.

Canada is a good choice for American refugees because of cultural similarities and close cooperation with the US in economic matters. The country itself is quite diverse in immigration programs and depending on its will, immigrants will choose the right program.

There are a lot of articles on how to migrate from the US to Canada. Most of them focus on permanent resident cards and how to take citizenship, forgetting that they can completely come to Canada temporarily. Temporary residency will include a partial investment into NAFTA that’s North American Free Trade Agreement or coming to Canada to work or study abroad.

For individuals who want to study abroad, Canada is a great opportunity. Not only is it home to many high quality universities and colleges, Canada has much lower fees and other fees than the United States. Studying abroad is also a viable way to obtain a permanent resident card.

If immigrants tend to permanently stay, ie own a permanent resident card, they must have a marriage relationship with a Canadian or participate in economic immigration programs. However, in the present, it is certain that the whole world sees that American people – those who do not support Trump have been expressing concern about their future, anxiety about the future of water. America.