While the Royal Canadian Legions this week announcing that the motorcycle club members are welcome, it again repeated that it has adopted a new policy that prohibits the waring of street-gang and outlaw motorcycle club colours at any of its events. 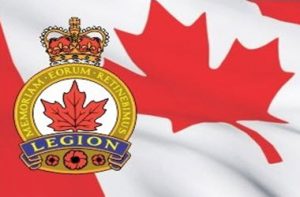 Nujma Bond, the Royal Canadian Legion Dominion Command manager, explained during a press conference that the decision to prohibit motorcycle club colours came after the Remembrance Day ceremony held in Ontario, attended by members of the outlaw motorcycle club decorated by service medals.

Law enforcement officials brought two facts to the attention of the legion, these include that the Manitoba Hells Angels were targeting local businesses by posting one-star reviews and that the wearing of street-gang and outlaw motorcycle club colours was disrespectful to the veteran sacrifices and contrary to the legions articles of faith. The newly approved policy of the legion applies to all 1,400 branches across Canada. The policy resulted in the cancelling of an event in Mascouche.

This year the Royal Canadian Legion Sports calendar started with snooker events held early in March, followed by cribbage, darts and 8-ball. The first senior darts event took place on the 14th of April, while the youth darts event was on the 28th of April.

During the month of May, Royal Canadian members could participate in euchre in May, as well as shuffleboard, while the mixed darts event took place on the 2nd of June. Exciting events in August include horseshoes on the 11th hosted by BR100 Brighton and golf on the 8th of September.

Important dates include the 2018 Dominion Convention scheduled on the 25th up to the 29th of August, the CNE Warrior Day Parade on the 18th of August and the Sports Meeting on the 22nd of September.

The 2019 sports calendar starts off with snooker on the 2nd of March, cribbage on the 9th of March and darts on the 16th of March. In April the senior darts event takes place on the 6th of April, while the youth darts event is on the 27th of April.

During May 2019, members can look forward to euchre on the 4th followed by shuffleboard on the 25th. The June 2019 events include mixed darts on the 1st, while horseshoes are on the 10th of August and the washer toss event on the 24th of August. Next year the golf day takes place on the 7th of September.